This article was translated using AI technologies from our Spanish edition. Errors can occur due to this process.

Alejandra Ortiz and Javier Mejía are two young people under 30 who met while studying industrial design at the Tecnológico de Monterrey. By chance they agreed on a topic that would change their lives and now they run a company that focuses on developing teams for people with disabilities.

A path that started from the bottom up with the location, tools, and even a borrowed desk, not to mention the money. Today it is a unique design office in Mexico.

If you have the will, the talent, and even the catch, a simple project can turn into a business. Alejandra and Javier took a course about designing a product for someone with a disability. The Tec de Monterrey and the DIF have assigned them to a person, each with a different diagnosis. The team of these young entrepreneurs had a person with quadriplegia due to a motorcycle accident. The aim was to design something that would help them improve their quality of life in any area or in any daily activity.

The process of creating

In the arduous task of interviews to find out what the person needed and wanted, they began their research to know all the equipment available up to that moment to be able to stand or walk. So they came to the standing chairs (which help keep the person upright by the lower extremities). These have high import costs, says Alejandra in an exclusive interview for Entrepreneur en Español with 120,000 Pesos plus shipping and taxes.

In this way, Alejandra and Javier realized the need for this type of equipment in Mexico as the majority of people with disabilities in the country have many difficulties paying for it.

According to the National Institute of Statistics and Geography (INEGI), Mexico has more than 6 million people with disabilities.

In order to make the first prototype, the young people had to invest out of their pockets and even borrow money, because in the end they were not sponsored by either the academic institution or the DIF as it should be. However, Alejandra and Javier already had a commitment and decided to go to the end. They even won the award for the best project at Tec de Monterrey.

From school to entrepreneurship

After completing the student project, they publicized both the school's internal media and other communication media. So people looked for them and even the director of the institution came to run errands. Javier admits they didn't know what the effects would be or how many people would need such a product.

That was how they realized they were starting a business and that it could work. After graduation, they had their first healthy client. "The same project brought us to the right people," reflects Alejandra.

In 2016 they took part in the National Design Award and won in three categories; Medical device best design, concept design and product design. In this edition, they were awarded an economic prize of 50,000 pesos, which helped them finance and promote the project.

Although there are few in Puro Diseño Mexicano, they have alliances with blacksmiths and have the workshop to customize details of the products. In addition, they had to learn in their entrepreneurship to balance the workload: while Javier concentrates on production, Alejandra takes care of administrative issues.

The two pillars: accessibility and customization

The young people told Entrepreneur en Español that they were very clear from the start what they wanted to achieve: make this type of device available to more people and made here in Mexico with local products and talent. In addition to promoting fair trade.

“You sell them as if they were household appliances. Products made in series that are not tailored to the needs of each user, ”comments Alejandra, not personalized by most of the devices sold.

"Because the disability is so diverse, it is very difficult for a chair to fit all people, even if they have the same diagnosis." For this reason, all chairs are tailored to the needs of each customer, "no two are like the other," says the entrepreneur.

The prices to the public are a far cry from a device bought abroad. The cheapest stand-up chair (because it's manual) costs around 27,000 pesos, while the highest cost (because it's fully electric) costs around 55,000 pesos. The same type of chair in another part of the world is worth more than 300,000 pesos. 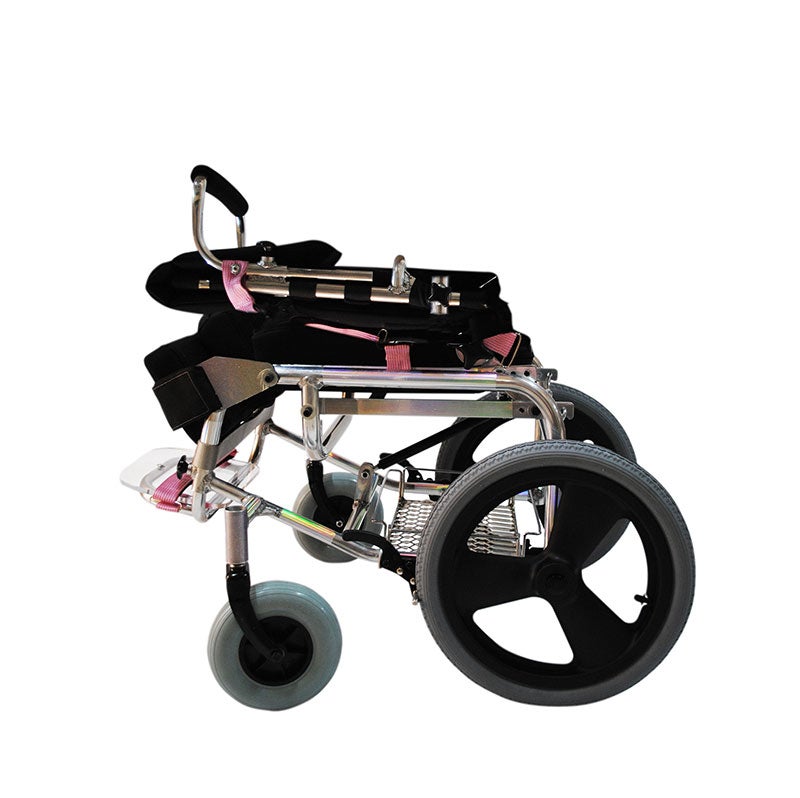 Although they started with the standing chair and made several modifications to accommodate different diagnoses, they are now making other types of chairs as well, not just for being able to stand up. For example, electric chairs, active (for everyday use), children, accessories for controlling posture of children and exercise bikes. In general, they are products designed to perform activities that you cannot do in a "normal" chair. In addition to rehabilitation devices with virtual reality.

With organic growth, they already ship to the entire Mexican Republic from their website and plan to expand their market to Latin America. They are still on their way to making society more just by helping people out of their workshop every day and even naming the chairs with their customers' last names. Even though it's a business, young people often think the retaliation is more emotional.

"Disability is not a physical limitation, it is a social fact. By generating these tools to make them available to people, we are helping to reduce segregation and promote the building of more pluralistic and inclusive communities," said Alejandra Ortiz , Founder of Puro Diseño Mexican.