In May of this year, it was announced that the automotive company Tesla was ruling out Mexico as a location to build its next assembly plant.

According to the Jalisco Minister for Economic Development, Ernesto Sánchez told Reforma that T esla had decided not to build a plant in that state because of the energy controversy in Mexico. A source familiar with the matter contacted the media. Xataca México to deny this position.

According to a source familiar with the media, "Tesla's decision to choose Austin, TX as the location for the nearest factory had absolutely nothing to do with any policy or situation in Mexico."

There's still a chance the electric vehicle company had a dialogue with Jalisco about building the plant at some point. Apparently there is a relationship between the company and the state, as car chargers were recently set up on site, the source mentions "When there was a conversation, there was never a deep approach because there was no conversation with the federal government".

Enrique Alfaro, governor of Jalisco, announced on his Twitter account, “Although Tesla had the intention of installing an entire plant in Jalisco that would create thousands of jobs, federal clean energy policy made it impossible, but his eyes did are still aimed at our state and yesterday they inaugurated the first rapid charging station in Tepatitlán ”.

“Tesla already has charging stations in the AMG, but can charge its electric cars in 20 or 40 minutes. Thanks to its location in Tepa, a road trip to Guanajuato and Aguascalientes can be combined, as is already possible from Guadalajara to Puerto Vallarta. CDMX, ”he added in his publication. 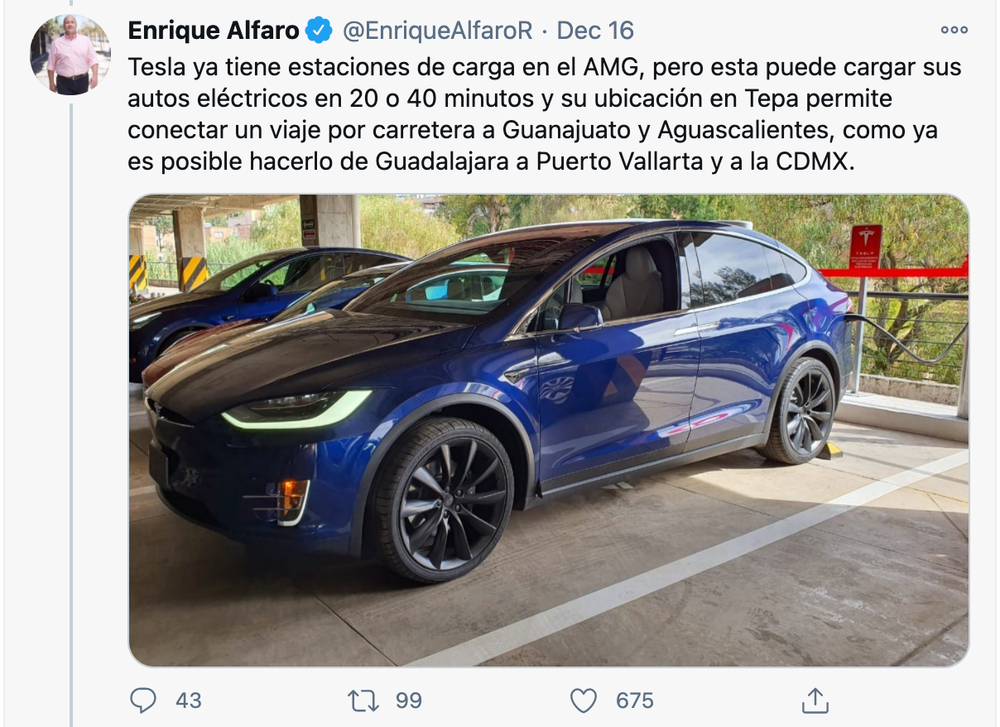 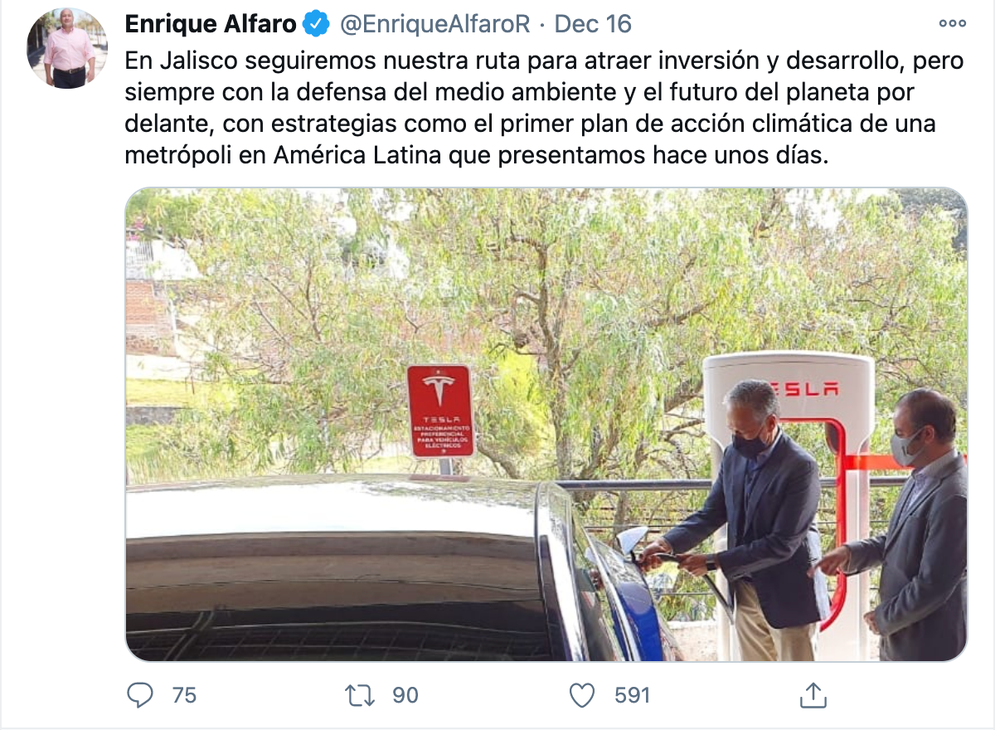 At least officially, there is no in-depth knowledge on the subject yet, but it is possible that the electric vehicle company and Jalisco will have discussions on the subject.

To know more, this would be the reason Tesla didn't settle in Mexico