Applications for federal relief from the Homeowner Assistance Fund are opening to borrowers adversely impacted by the coronavirus pandemic in two of the largest U.S. states.

Texas and Florida, which rank second and third by population, both launched federal borrower-assistance programs this week, following approval of their proposals by the U.S. Department of the Treasury earlier this year. Texas expects to distribute approximately $840 million to distressed homeowners across the Lone Star State, while Florida will provide over $676 million to qualifying households.

Texas mortgage borrowers are eligible for up to $65,000 in relief, with its plan divided into two parts. Households can receive a maximum of $40,000 to pay off past-due mortgage payments, while $25,000 is available for property taxes, property insurance and homeowner or condo association fees.

Florida had yet to release full details of packages available to its residents, but qualified applicants will be able to apply funds toward mortgages, property taxes, insurance, utilities and other fees.

“These funds will help the state’s homeowners become current on their mortgages and other homeowner expenses and will help prepare Florida families for future financial stability,” said Dane Eagle, secretary of the Florida Department of Economic Opportunity, in a press release.

Money for these programs comes via the Homeowner Assistance Fund, or HAF, which was included under the American Rescue Plan Act of 2021. It designates nearly $10 billion in aid to households experiencing financial distress due to the COVID-19 pandemic.

Both Florida and Texas were among states to initiate their own pilot mortgage-assistance programs prior to receiving U.S. government approval of their HAF proposals. Florida has already helped 137 households in its pilot with over $1 million and will continue to operate it concurrently with the newly approved federal program. Through two pilots, Texas has also distributed over $5 million thus far, according to the Texas Department of Housing and Community Affairs. 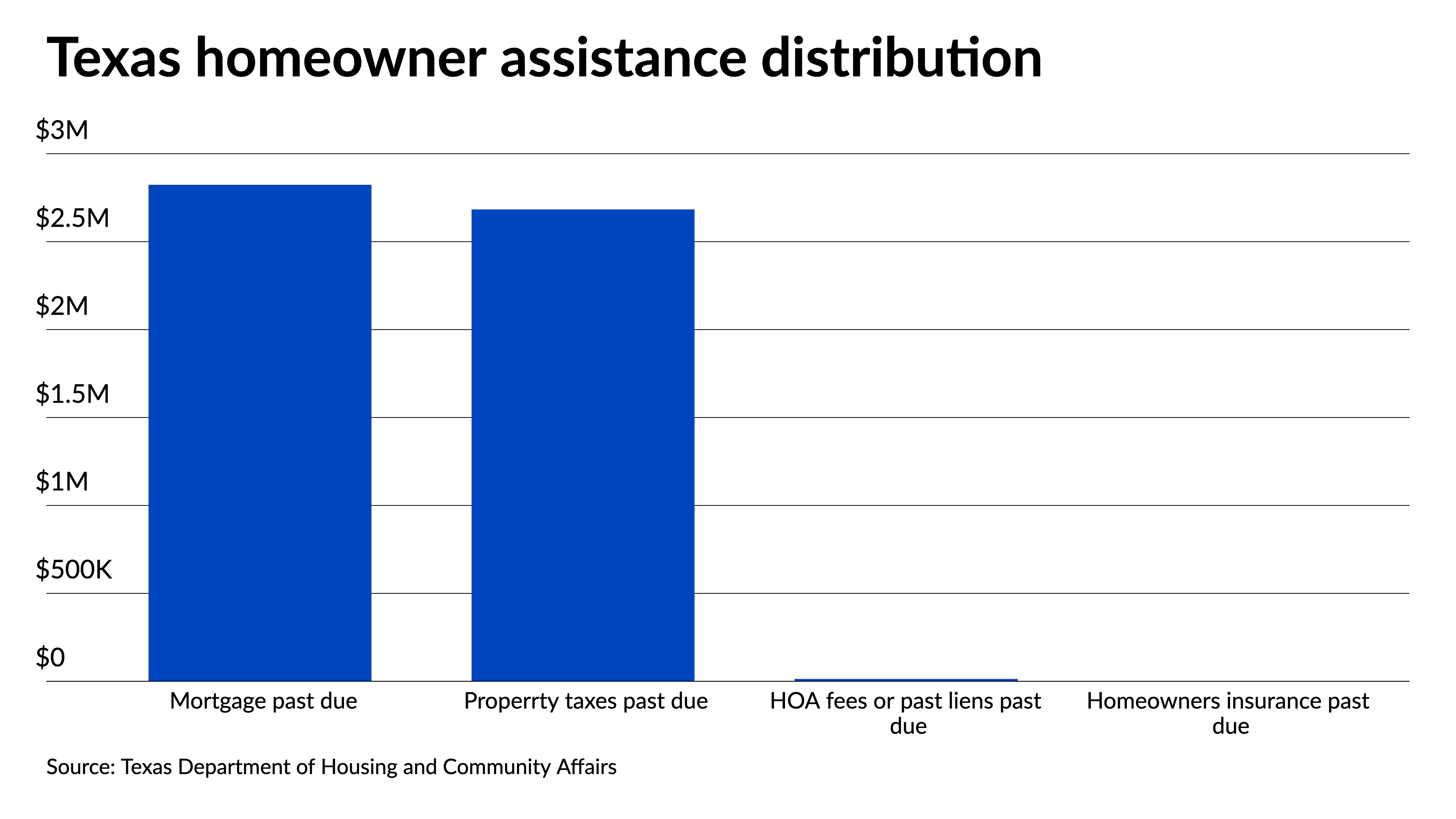 The America Rescue Plan Act received congressional approval one year ago, and states submitted funding requests throughout the spring and summer. The fund was expected to provide short-term relief to help prevent mortgage delinquencies, defaults and foreclosures, with aid distributed through each state’s housing agency.

But assistance is coming too late for many, as foreclosure protections around the country expired at the end of 2021, with filings hitting a pandemic-high in January. Federal approval and rollout of funding began over the winter, but residents of several states still do not have the opportunity to apply. According to the National Council of State Housing Agencies, federally approved HAF programs are currently running in 25 states, plus Puerto Rico and Guam, with pilots ongoing in nine other states and the District of Columbia.