According to a pre-sale report by S&P Global Ratings, owners of the 1.5 million square foot mixed-use Starbucks Center in Seattle will be completing a total of $ 425 million payout refinancing supported by the historic building that houses the global coffee shop chain is located.

The owners of the three-story Starbucks Center campus south of downtown Seattle plan to market bonds through the COMM 2020-XBX Mortgage Trust to fund a new eight-year Deutsche Bank mortgage. This is based on pre-sale reports from S&P Global Ratings and DBRS Morningstar.

The loan came after Starbucks recently signed a 20-year lease extension on the property through September 2038 – although most of its employees currently work from home until most of 2021. The new loan refinances an existing loan and returns equity for real estate developer and deal sponsor SoDo Center Inc. of $ 170.2 million, which is controlled by Washington-based commercial real estate companies Nitze-Stagen & Co. and Daniels Real Estate.

Starbucks occupies 1.3 million square feet through a triple net lease agreement with the sponsor, the $ 78.2 million in leasing costs for the Starbucks space and $ 10 million in repair and renovation costs under the new loan of elevators in the centuries-old building.

The entire mixed-use property has served as Starbucks' headquarters since 1993, shortly after it purchased the building, originally built in 1912, as a flagship retail store and distribution / warehouse center for Sears, Roebuck & Co.

Sears closed its retail location on the site in 2014, but now a Home Depot retail store (7% of net rental space) and an Amazon Fresh and Prime pickup location (3%) are the property's largest co-tenants. (According to Nitze-Stagen, the renovated building is considered the largest multi-client building west of the Mississippi.)

Although Starbucks is currently paying a significantly low rental rate of $ 8.71 per square foot (compared to the market rental rate of $ 43.89 in the South of Seattle submarket), the loan offers an above average net cash flow of 22.6% – estimated at S&P – and a debt service coverage ratio of 1.56x based on strong retail sales performance on the property as well as contracted rent increases for Starbucks in the near future, the report said.

The new mortgage also has low leverage (a loan-to-value ratio of 73.4%).

The capital stack includes a $ 247.38 million senior grade A tranche with a preliminary AAA rating from S&P and DBRS Morningstar, as well as four subordinated classes of debt and a tranche of debt that pays interest only to investors .

The borrower is a $ 208 billion subsidiary of Brookfield Property Partners and is part of an ownership group that has controlled the 50-year-old building since 2012.

Brookfield owns 35% of the building, along with an undisclosed sovereign wealth fund that owns 49% and AE Capital Management (16%). According to Kroll, the group of owners has spent approximately $ 236.7 million on upgrades, renovations to faces and public areas, and tenant improvements.

Morgan Stanley Services Group is 1 of New York Plaza's primary tenants, accounting for 58% of the total base rent and 53.2% of the building's estimated 2.6 million square feet. (The total rental occupancy is 96.5%, according to Kroll in his report.) 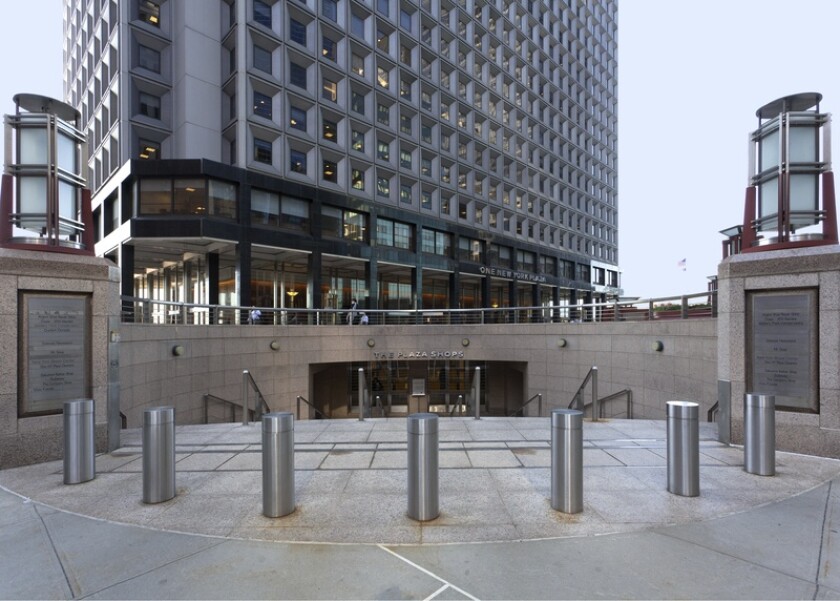 Morgan Stanley last year carried out a five-year lease renewal on four floors of the building that consolidates employees from other New York offices to accommodate Pro Kroll's administration and support, compliance and asset management areas.

The proceeds from the loan have paid off existing debt of $ 750 million and brought Brookfield a return on equity of $ 58.8 million. The loan was also used to fund a $ 13.4 million escrow account that held cash for expected tenant improvements and leasing costs.

Kroll has assigned a preliminary AAA rating of $ 445.7 million to the Class A tranche of debt securities in the capital stack.