This blend contains protein, fiber and amino acids and contains 70% less sodium than conventional ones. It does not contain trans fats or monosodium glutamate.

Ganu, "a mix of garabanzo and diet," is sold through its website and e-commerce platforms at a public price of 25 pesos.

In a roof garden, Daniel Sánchez and Rafael Álvarez, the founders of Ganu Alimentos, started a nutritious instant soup with the idea of ​​“eating better” and after going through two small demotivating events.

Young people have known each other since their school days. And while Daniel has always been an enterprising boy, this was something completely new to Rafael. Now they are both studying business creation and development, and the hustle and bustle of their activities gave Daniel the idea of ​​creating a fast food option that is nutritious at the same time.

In one of his majors, the task of starting a business was left to the students, and Daniel came up with the idea of ​​nutritious instant soup. However, a colleague from his group gave him a clear "NO".

“Before I told Rafa about it, I suggested it to my work team at school, and the first blackout they gave me was from a classmate who heard the idea of ​​a nutritious soup and said to me, no, it won't be possible . and I said why not And he told me: If the big brands haven't done it and if they don't exist, it means that it is not possible, ”says Daniel Sánchez in an interview for Entrepreneur en Español.

This rejection would not remove the idea for the entrepreneur from his mind and he decided to share it with his friend and partner. "Dani got the idea while we were eating one of those traditional instant soups. We'd been like this for a while and I said, hey, we eat very, very badly, and he was the one who said, hey, imagine it gave a healthy soup, "explains Rafael Álvarez.

However, they didn't try at first because they weren't motivated as they were inexperienced in nutrition and food technology issues. They later set out to find friends who were nutritionists, biotechnologists, and other specialties to complement theirs.

“If we already had the business part and knew how to do it, they'd take over the nutritional part of product development. We spent more or less a year and a half developing the product between taste tests, the ingredients, the type of seasoning, finding suppliers and a lot more, ”says Daniel.

In 2019, for example, they launched their first product, a nutritious instant chickpea soup. This blend contains protein, fiber and amino acids and contains 70% less sodium than conventional ones. It does not contain trans fats or monosodium glutamate.

In Mexico, 73% of the population is obese, according to the Organization for Economic Co-operation and Development (OECD). This organism also shows that 34% of overweight people suffer from morbid obesity, the highest level of this disease. In this context, healthy food ideas become a change for our society.

At the beginning of 2019 they started producing their soups on Rafael's roof, but soon the space was too small for them and they could only develop between 20 and 50 soups a day, so in the following months they took on the task of looking for capital . to expand your space.

"In April, May, through December 2019, we were looking for investors, lost funds, something like that in order to be able to set up an industrial production facility. We have just started the facilities and the crossed pandemic and others," they say. 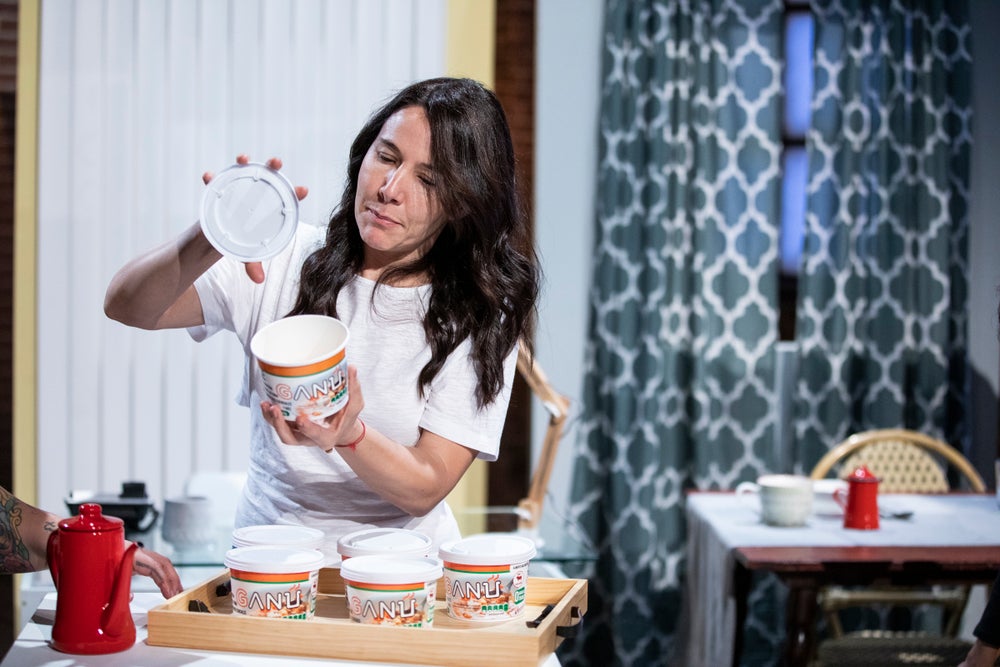 That same year they could only sell for three months, during which they raised 55,000 pesos. They started in grocery stores but found the logistics "very complicated and not ready for it".

Currently, Ganu, "a mix of garabanzo and diet," is sold through its website and e-commerce platforms at a public price of 25 pesos. The entrepreneurs mention that they will soon be in retail chains, which could not be revealed at the moment. They also want to bring out new flavors as they only have 64 grams of beef so far.

These entrepreneurs were contacted by Shark Tank México production to participate in the fifth season, which aired on Canal Sony in 2020. And without hesitation, Daniel and Rafael took the opportunity to face the sharks in such a program.

Daniel and Rafael had already had the opportunity to advertise Patricia Armendáriz in the elevator field of Growth Entrepreneur 2019. They also had an approach with Marcus Dantus as the winning company of “Atrévete a Emprender”, a program organized by the government in collaboration with Startup México. 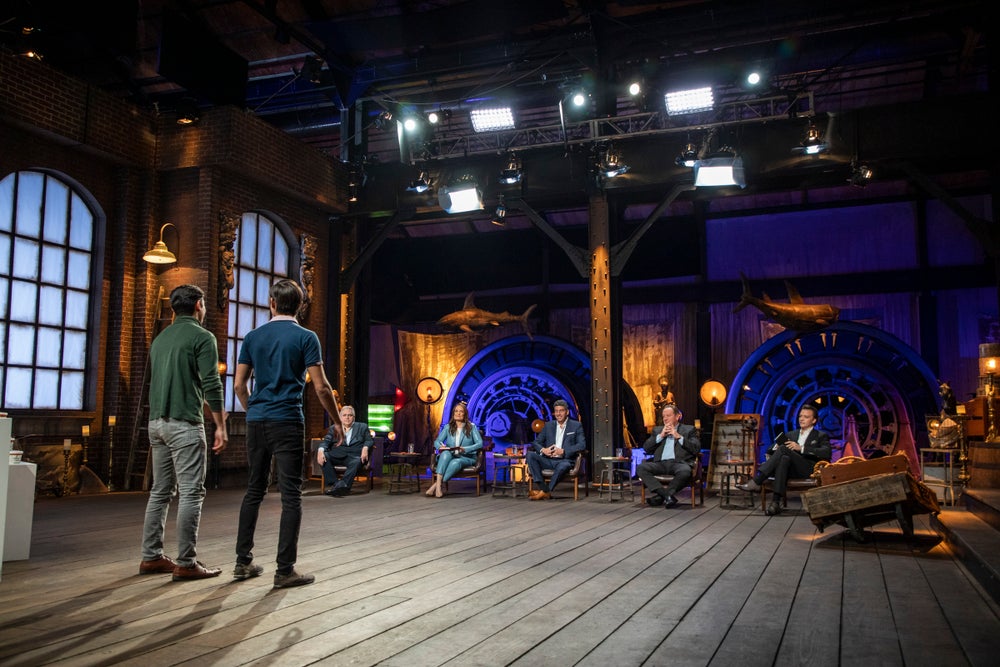 “We arrived with Paty and exactly she noticed that she had already seen us when we arrived and gave the place. The first thing she told us was that there is already someone like you, I've seen her and chickpeas too, we answered: it's us, ”comments Rafael.

All of the Haie were interested in his proposal but were left out after the offer from Patricia Armendariz and Carlos Bremer, who offered the requested amount of 950 pesos for 50% less than a share with the option to buy back up to 30 percent.

How do I create an impact product?

With this in mind, entrepreneurs share some tips to create a product that has an impact or an improved version that is good for people's health.

1. You don't have to find out everything

“Except for the validation problem, not everything has to be found out. You must offer your first creation, your second, and then your third to people until they ask for more and more. There are a lot of entrepreneurs waiting to get their product down by 10 to the first customer, but I think Paty told us a lot about growth, "Pivot, Pivot, test your market" and that's what it's all about when you bring out an alpha, improve it, and so on, to get the product people want. "

“If you are going a little further, I think that it is very important, at the beginning we had the idea: I love this project, nobody will do it like me. So, on the one hand, it makes sense for you to say, "Let the one who does it best," but as an entrepreneur you have to do a lot of activities at the beginning and as soon as you have to delegate, do it because otherwise you will be on fire , you will be excited or you will just abort the mission. "

“Sometimes you feel passionate about it, but you can delegate activities to other people to focus your energy on your region. We have gotten into a time of great stress and great work and I think it was a mistake because now I see that many entrepreneurs have so much emotion and energy to take over the world, but it is also worth having a team to have, it's worth delegating and I think that no founder will do everything because there are only 24 hours and we only have two hands "

3. Become an expert in your industry and specialize

"Surround yourself with people who can contribute to the idea, or you meet the experts or you become the expert." Right here's how one can construct a very eliminated workforce