The real estate appraisal industry has been scrutinized in recent years for instances of alleged bias in valuing homes owned by minorities.

The Department of Housing and Urban Development is investigating allegations of discriminatory policymaking by one of the appraisal profession’s key quasi-regulatory bodies.

The probe is centered on the Appraisal Foundation, according to multiple sources directly familiar with the investigation and an inquiry email from a HUD lawyer reviewed by American Banker this week.

The Appraisal Foundation is a Washington, D.C.-based nonprofit that sets best practices and entry requirements for appraisers throughout the country. Congress granted it the authority to write the Uniform Standards of Property Appraisal Practice, or USPAP, which it then licenses to state and territorial appraisal boards. Those agencies, in turn, apply USPAP as law.

HUD’s Office of Systemic Investigations is examining the foundation to determine if its standards and requirements perpetuate racial inequities in home valuation as well as within the appraisal profession’s own ranks, according to the email.

HUD investigators have spoken to current and former Appraisal Foundation board members and staffers as well as people in and around the profession, including working appraisers.

Individuals interviewed by HUD told American Banker that they detailed shortcomings in the foundation’s rulemaking process and a lack of independence for its two rulemaking bodies: the Appraisal Standards Board and the Appraisal Qualifications Board. 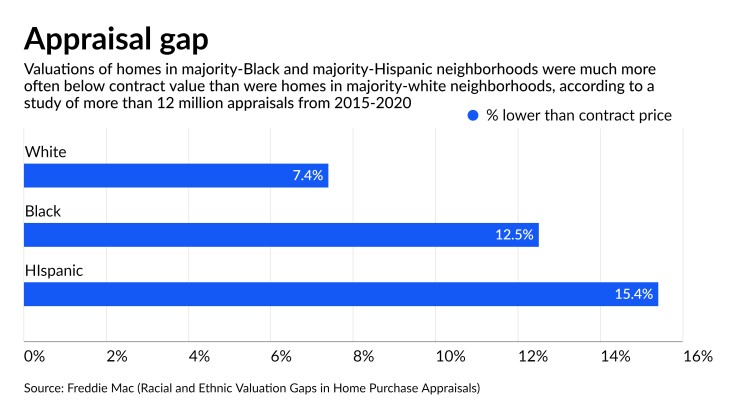 As a private entity, the foundation is not subject to the federal Administrative Procedure Act, which requires a lengthy and deliberate process for publicly vetting potential new regulations. Instead, it uses an “exposure draft” process that some in the profession feel draws insufficient input from outside groups, including those focused on issues of race and discrimination.

Individuals familiar with the Appraisal Foundation’s inner workings also told HUD the organization prioritizes its own revenue objectives over the best interests of the profession. One person interviewed by HUD, who requested anonymity to discuss the investigation, described a culture in which board members were reluctant to voice concerns with policies or procedure out of fear of reprisal from the foundation’s leaders, president David Bunton and senior vice president Kelly Davids.

The Appraisal Foundation did not return calls and emails seeking comment this week. HUD also did not respond to multiple inquiries made before publication.

The probe is the latest sign that real estate appraisal has taken center stage in the Biden administration’s war on racial inequality. Last year, the White House convened a task force on Property Appraisal and Valuation Equit, to explore issues in the field and propose solutions.
HUD Secretary Marcia Fudge co-chairs the PAVE task force, which also featured representatives from the top bank regulatory agencies; the Federal Housing Finance Agency; the departments of Justice, Veterans Affairs, Agriculture and Labor; as well as the Appraisal Subcommittee, a separate regulatory entity tasked with making sure state and territorial licensing boards throughout the country enact the rules written by the Appraisal Foundation.

PAVE also put forth a bevy of potential changes, including amending best practices and beefing up anti-bias training. It also called for a “legislative proposal that modernizes the governance structure of the appraisal industry to improve transparency and public participation in the establishment of appraisal standards and appraiser qualification criteria, and to advance diversity in the profession.”

Rep. Maxine Waters, D-Calif., chair of the House Financial Services Committee, has drafted a bill called the Fair Appraisal and Inequity Reform Act. It would, among other things, replace the Appraisal Foundation and the Appraisal Subcommittee with a single entity known as the Federal Valuation Agency, which would be subject to procedure-act rulemaking requirements.

While the Appraisal Foundation is at the heart of HUD’s investigation, some in the field feel that it should not shoulder all the blame for the profession’s regulatory faults.

Jeremy Bagott, a California-based appraiser and outspoken critic of the profession’s regulatory framework, said he was contacted by HUD on Sept. 1 and participated in an interview the following week. He said he told the agency that the foundation was “wasteful and abusive,” but the subcommittee deserves most of the blame.

“It has unlawfully delegated authority to the foundation, making the latter something tantamount to a fourth branch of government,” Bagott said. 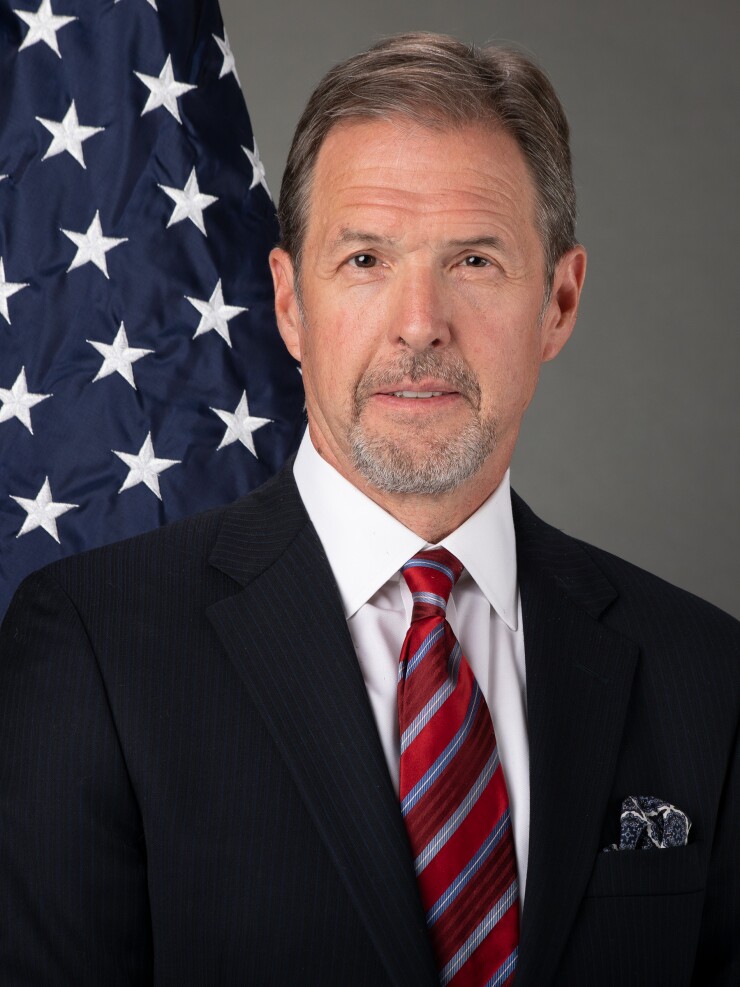 James Park, executive director of the Appraisal Subcommittee, acknowledged that some in the field feel his organization could do more to influence the policies being written by the Appraisal Foundation, but he said that does not jibe with its authorizing legislation, Title XI of the Financial Institutions Reform, Recovery and Enforcement Act.

“I’m aware that there’s some opinions out there in that regard, but we have to follow the law and there’s really not much more I can say,” Park said. “We’re guided by Title XI, and that is the extent of the authority that we have. To go outside of that would be problematic, of course.”

Park said he was aware of the HUD investigation but declined to comment on its scope or focus.

Bagott said the investigation by HUD — one of the seven agencies with a representative on the Appraisal Subcommittee board — was long overdue.

“It, along with the [Federal Deposit Insurance Corp.], [National Credit Union Administration], the Federal Reserve System and others should have identified this opaque entity’s rogue tendencies earlier. The Appraisal Subcommittee, by openly violating federal administrative and open-meeting statutes and regulations, has in effect made a tiny Beltway publisher [of USPAP], the Appraisal Foundation, a fourth branch of government,” Bagott said. “Mom and pop appraisers, who don’t have in-house compliance departments, have paid the price for this.”