Susana Sánchez G. is a Mexican entrepreneur who wants to set up the first glamping chain in Mexico. These are geodesic domes made of canvas with a wood and metal structure that become the most comfortable accommodations to rest in tourist destinations in the middle of a forest or in front of a monolith.

His company Cool Glamping currently has two locations: Otomí in the state of Mexico and Bernal in Querétaro, and plans to open a total of 10 locations later this year in 2021. The next openings will be in Animal Kingdom, in Teotihuacán. State of Mexico; Los Azufres, in Michoacán and Riviera Nayarit, very close to Sayulita. Each dome is equipped with beds and a private bathroom with hot water, so no traveler has to worry about sleeping on the floor or sharing a shower. There are even domes that have a pool.

But in addition to this service for the traveler, Susana also offers an investment opportunity for entrepreneurs who want to enter the real estate market, to whom she offers a profitability of up to 10% per year.

The ideal of a girl

The entrepreneur remembers that when she was 12 she was planted with entrepreneurial seeds when she experienced her parents' unemployment. "They were both unemployed on almost the same day and my family's financial stability was never the same," he says.

“That's when I knew what it was like to grow up with an absent father who went to Chihuahua to look for work and then wasn't home for a vacation or sometimes even on my birthday. From then on I said that when I grow up, I don't want to be dependent on anyone for my financial life, ”says Susana.

Then he started looking at magazines and photos of business women with their suitcases and airplanes and began to idealize his life. When he was 18, he decided to study accounting because he believed that this was how he would learn the art of running a business. At the age of 19, he received a book that would change his life forever: Rich Dad, Poor Dad, by Robert Kiyosaki.

"It was there when I was learning about financial literacy," he says. After reading, he decided to invest in training. "What I remembered most was that if I wanted to become an entrepreneur, I had to meet business people."

He was trained by personalities like Grant Cardone or Tony Robbins and realized that business is done differently in the USA than in Latin America, which he considers a country full of opportunities.

His first project was a real estate development. "Since I got into real estate I have become passionate, mostly because I declare myself to be a lover and pioneer of making money without my own money." This is what his real estate academy teaches, and the reason why he founded a real estate fund three years ago. 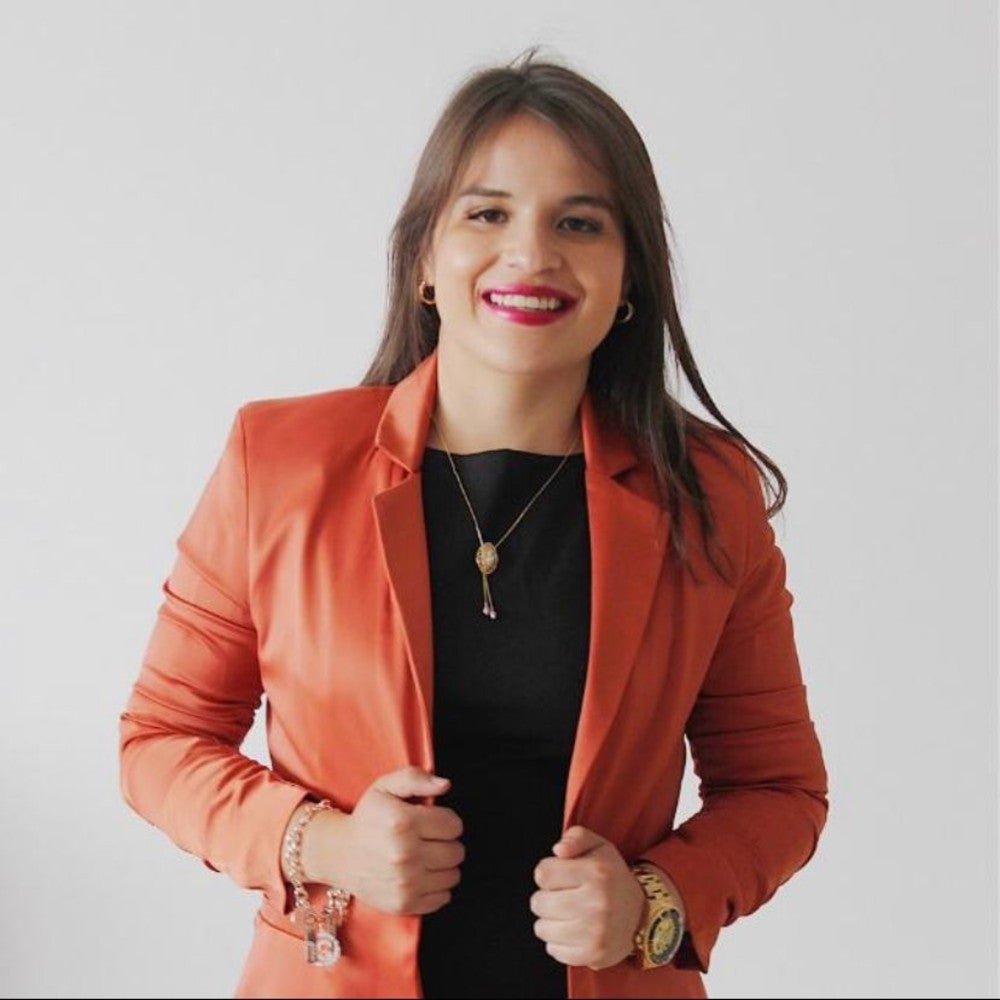 Finding opportunities in a crisis

While in custody to prevent the spread of COVID, Susana observed an opportunity in the geodesic dome developments. “At the domes supplier, Cosmotec, we saw a growing demand for ecotourism, especially for glamping,” says the businesswoman.

And the fact is that people couldn't travel by plane, they were also afraid of a bus or long journeys with more people, but if they had a car they would find a way to get away from it all because they are already fed up with four walls.

“With my mentor Tony Robbins I learned that humans have six basic needs and one of them is variability. In other words, it can't always be in one place and that's where I see an opportunity in glamping, ”says Susana. 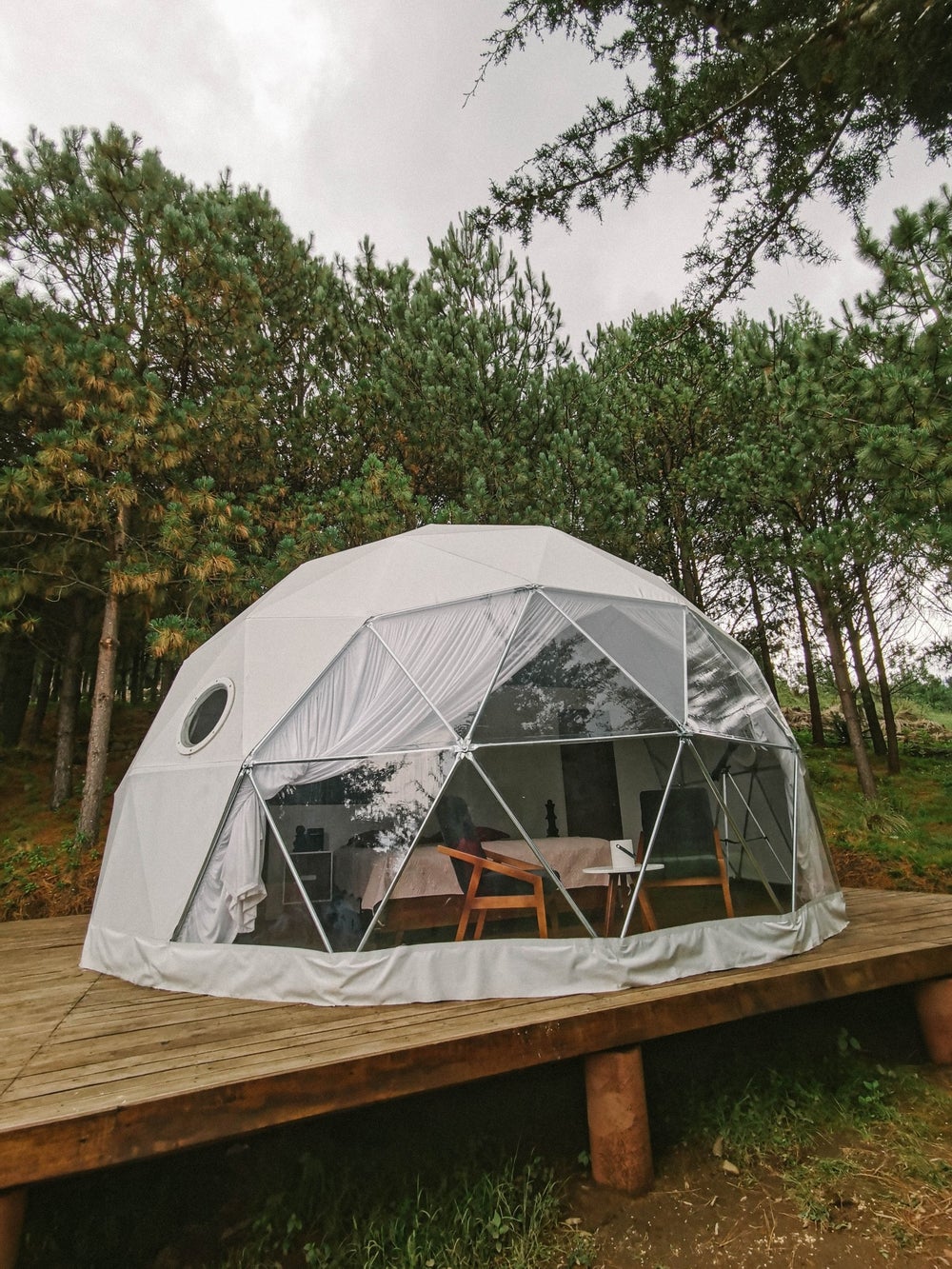 The aim is to open 100 destinations across Latin America. The name comes from ¡Qué cool !, an expression used by its investors by showing them the developments and the number of infinity that is formed with the word. “My vision is to create a company that has a beginning but no end. May it bring endless joy to our guests, our employees and, of course, our investors ”, affirmed the interviewee.

The advantage of geodesic domes is that they are environmentally friendly and represent a minimal investment compared to what it would take to build a hut, for example. They can be invested from $ 20,000 and generate a free profit of $ 800 per month, says the businesswoman. How does the model work? There are two ways: First, you own the asset, i.e. the glamping, that you place in one of Susana's tourist land and she manages it.

"We are entering into a property management contract and they are being charged 20% for management," he says. "Based on a conservative forecast, an average location generates a monthly income of 60,000 pesos." The services offered by Cool Glamping include the rental of the destinations (the property); Personnel management (hotel management); the advertising so that there is yes or yes accommodation, the reservation software, the providers, securities and legal obligations.

“Something very important about dome management is that almost 100% of the expenses are variable. For example, if it is rented, the investor pays the basic rent; If you don't rent, you don't pay anything. If it is rented, we pay for maintenance, supplies, suppliers, otherwise no. In contrast to a traditional business, this becomes very profitable because we don't want the revenue to eat you up, ”says the entrepreneur.

The second way to invest with Cool Glamping is to be part of the SAPI, where the prospect places capital and has equity guarantees backed by land or the same domes owned by the company.

If the investor decides on the first model, he not only owns the dome, but also the interior fittings and the hydraulics, which he can move at will and settle on the most profitable land for him. Susana says she has around 50 investors interested in this model, some from the United States and Colombia. 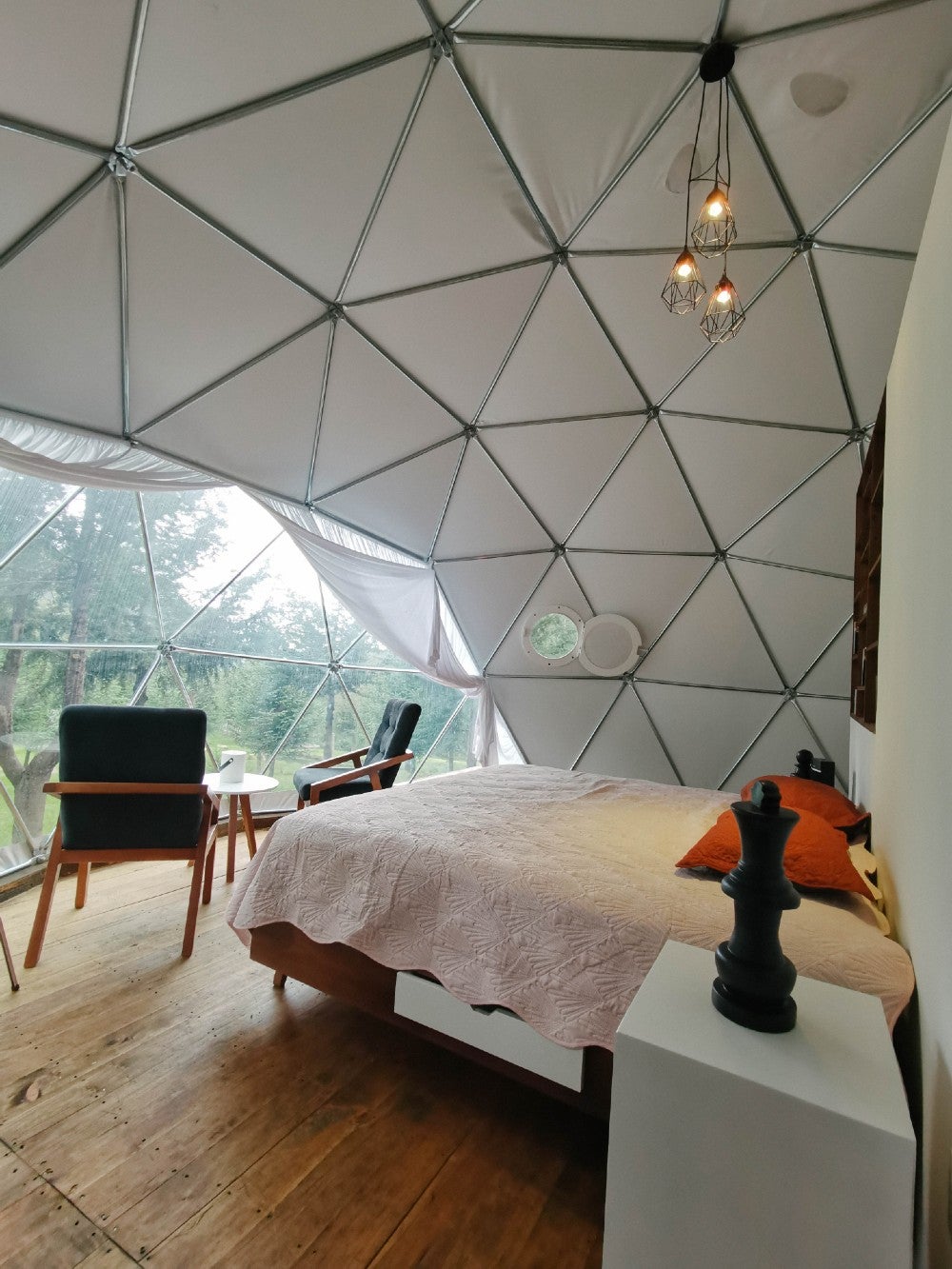 Win as a team

Cool Glamping is a very young company that only started operations in its destinations last May, but has managed to combine several needs under one business: people who have land but do not have the capital to run one Place hotel and / or domes; those of the people who have the money to install the glamping but not the money to buy the land and those who want to put their money into a business with attractive returns.

The businesswoman continues to analyze areas that want to get into her business, nationally and internationally. He analyzes locations in Cusco, in Peru; Bogotá, Colombia and Costa Rica. It is important to highlight that the property suitable for doing business with Susana must be free from litigation, located in safe tourist areas and have access to services or their installation.

Susana is optimistic about the future success of her model. He says there is no geodesic domed destination in Mexico that has more than 10 glampings because whoever does it goes alone. “Our philosophy is to work together and we are passionate about it. I would rather have 100 destinations and earn 1% than wanting 100% of a destination ”. SpaceX is getting ready for the Air Drive take a look at, which can join an plane to the Starlink satellite tv for pc web The AstraZeneca vaccine was discovered within the US examine to be 79% efficient, "no elevated threat" for blood clots